Update: Current thinking is King Charles III will not be crowned this year but probably in May or June 2023 at Westminster Abbey.

It could take place on June 2nd 2023, the 70th anniversary of the coronation of his mother, Queen Elizabeth II.

It is understood the service is likely to be shorter, smaller & less expensive than the Queen’s coronation in 1953.

The UK declared a period of national mourning.  The Queen’s funeral held Monday 19th September 2022 at Westminster Abbey in London.

The British Accession Council has proclaimed King Charles III as the new sovereign.

That proclamation was read out from a balcony at St James’s Palace, as well as key locations across the United Kingdom and the Commonwealth.

King Charles III has travelled the country & attended accession ceremonies in Scotland and Wales before returning to London to pay his final respects to his mother.

King Charles III is the eldest child and was heir apparent of Queen Elizabeth II and Prince Philip. He has been the longest-serving heir apparent in British history, waiting since 1952. He has also been the oldest person to be next in line to the throne since Sophia of Hanover.

The coronation of King Charles III will take place sometime after the mourning period. We await the details of his coronation and that of his second wife Camilla, now Queen Consort. 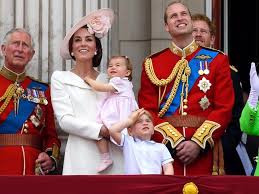 Prince William, Duke of Cambridge is now next in line to the throne.

We will keep you posted as events are announced!