What is a Coronation?:  A coronation is a ceremony at which a person is made king or queen. It is is the public handing over of title and powers to a new monarch, usually with great pomp and celebration. The ceremony of the crowning a sovereign or a sovereign’s consort.

Coronations date back a number of centuries. The origins of the coronation of the British monarch lie with King Edgar the Peaceful or the Peaceable (c. 943 – 8 July 975). Edgar was crowned at Bath on 11 May 973 with his wife Ælfthryth some 14 or 15 years after he became King. Thus a precedent for a coronation of a queen in England also took place.

This imperial ceremony was to celebrate his reign, rather than a celebration of appointment and this was the start of the idea of the need to gain popular support for a new monarch from other contemporary regional reigning monarchs through acts of celebration. The ceremony was devised by Saint Dunstan based on ceremonies used by the Frankish kings and those used in the ordination of bishops. Several versions of coronation services, known as ordines or recensions have since evolved over time since then.

The 1377 coronation of 10 year old Richard II saw the evolution of the coronation to one which also sought to gain popular support for a new monarch from the general populous by making the ceremony a spectacle of pageantry for the ordinary people. The acts of public relations and regional diplomacy were both embellished with theatrics together.

The Anglo-Saxon monarchs used various locations for their coronations. These included Bath, Kingston upon Thames, London, and Winchester. The last Anglo-Saxon monarch, Harold II (c. 1022 – 14 October 1066), was crowned at Westminster Abbey on ‎6 January 1066. William the Conqueror, after successfully defeating Harold at the battle of Hastings (October 14, 1066), followed what had now become English tradition and was also crowned at Westminster Abbey the same day he became king on Christmas Day 1066. Since then the majority of coronations have taken place at Westminster Abbey.

When James VI of Scotland became James I of England and Ireland, the Scottish and English crowns were unified on 24 March 1603.  Charles I and Charles II had two coronations, one in Scotland and one in England in different years. All monarchs that have followed have only had one coronation ceremony at Westminster Abbey. The presiding senior cleric of the coronation has usually been a bishop or archbishop. Since James VI and I the roles and responsibilities for officiating at the ceremony has been fulfilled by the Archbishop of Canterbury. Other ceremonial roles are performed by clergy and members of the nobility.

In general, the coronation usually takes place several months after the death of the previous monarch, in order to provide sufficient time for respectful mourning and time for organising such elaborate arrangements. The coronation of a monarch is considered a happy/joyous occasion thanks to King Edgar and those that followed. 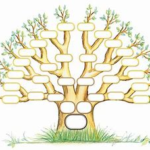 Are you interested in genealogy and finding your ancestors? Want to make your family tree  something for generations to come to treasure? Don’t have the time or resources to do your own research and build your family genealogy? Have you completed a part of your family tree and are seeking professional help to go further back in time?

I have over 20 years experience in uncovering one’s forebears.  Coming from a scientific medical background I combine a methodical and logical approach with in-depth investigative methodology.  I believe good genealogy is both a

question of experience and possession of a certain type of logical mind for researching available databases and historical records. Record-searching is a question of expertise, attention to detail and thoroughness. 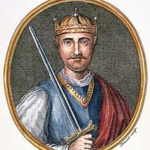 Based in Australia, I specialise in British/European/Australian on-line research and have a proven record  of demonstrating effective research skills. One family tree I have uncovered for a client consists of over 10000 ancestors, many of which are members of European royal families!

Other Genealogists usually charge by the hour with no guarantee of outcome. There are no guarantees with genealogy. This is where I differ! I enjoy researching family trees – it’s a passion not a job. Let me trace your ancestry back in time for a reasonable cost.

Don’t pay thousands of dollars for little or no results!

Click here to find out just how reasonable our research project fees are.

Ragnar Lodbrok or Lothbrok/Lodbrock (b. Abt 774. Hairy-breeches’ or ‘Shaggy-breeches)  was a Danish king and Viking warrior who oversaw a Great Heathen Army in the 9th century. Ragnar has been made legendary in the Viking Sagas but also more recently brought to life in the very popular drama series Vikings. This well known Viking is probably a gran 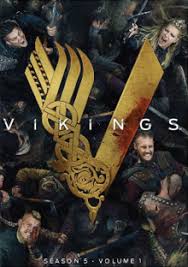